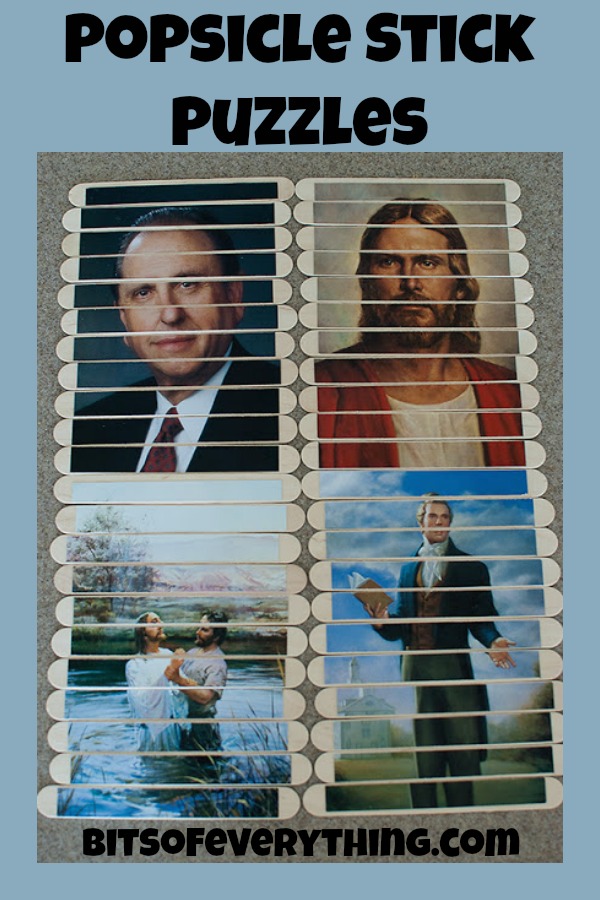 Lately, I have stopped bringing snacks to church for my girls (3 and 22 months).  I couldn’t get the younger one to walk in the door without expecting something in her mouth-
so we decided to stop the snacks, (after a nudge from my parents) and she has behaved much better.  However, since food isn’t an option anymore, I’ve been trying to revamp the church bag with new and exciting things the girls haven’t seen.  You’ve probably seen the Popsicle stick puzzles all over Pinterest.  I have a friend who made some with princess pictures, and they were a hit with the 3 year old.  So, I figured I could make some for the church bag. They are cheap, and fun for the girls! 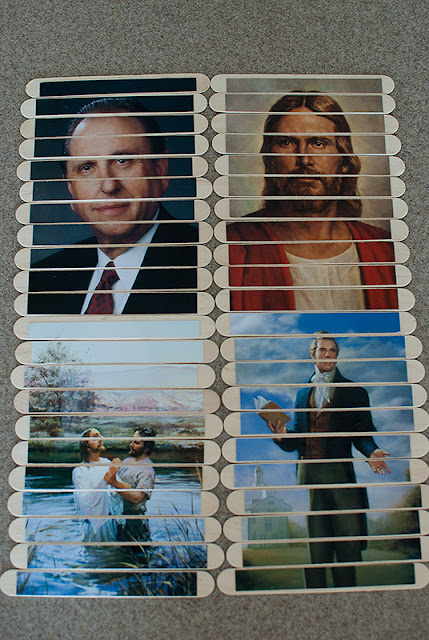 I bought 5, 5×7 pictures for $2.50 and cut them a sliver smaller than the jumbo craft sticks. Then I glued them on the stick with mod podge. I was initially going to mod podge over the top too, but I ended up just gluing the bottom, and we’ll see how they hold up. 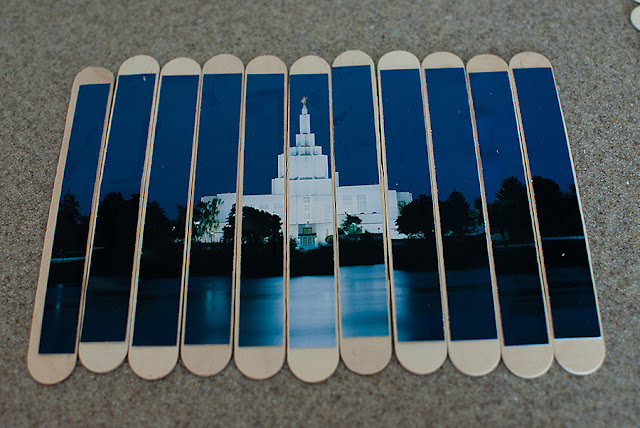 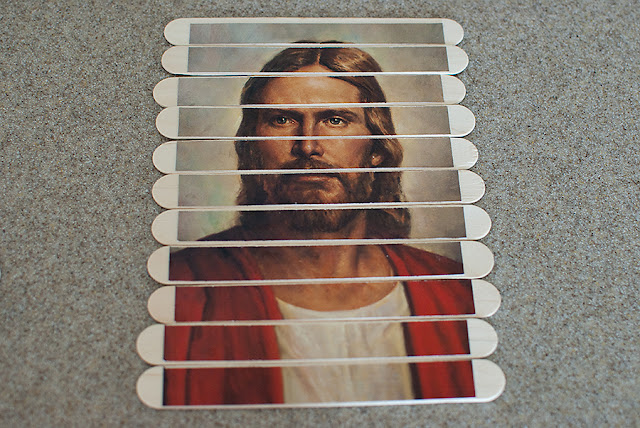 I love that they don’t take up a lot of room, but should keep them occupied for some time. 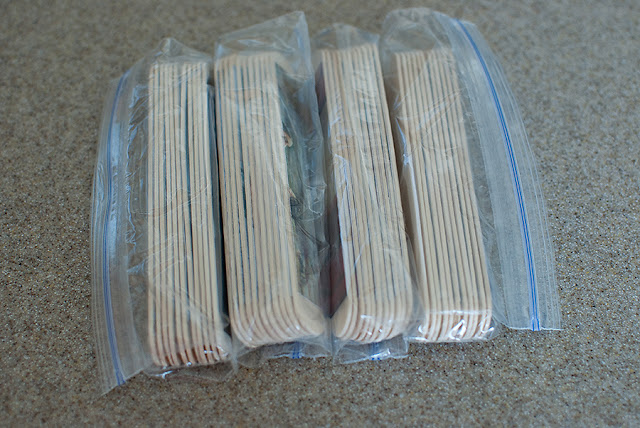 Try them! Easy- and fun!
Other posts you might enjoy:
General Conference Bingo
31 Comments

Leave a Reply to Anonymous Click here to cancel reply.