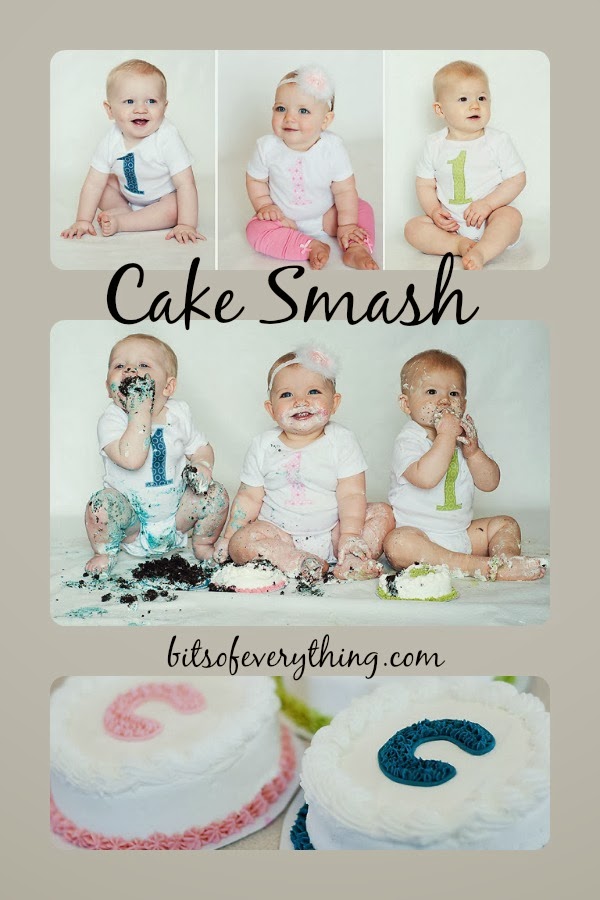 In our family, there are usually more than one of us having a baby at once..
so we decided that the only thing better that a cake smash, was a 3 way baby cake smash!
These 3 are within a couple months of each other, so we picked a day in between their birthdays.
We wanted this shoot simple, but cute.
Holly sewed the “1” on the white onsies,
and Emily made Claire’s headband, and helped me cut her leggings. 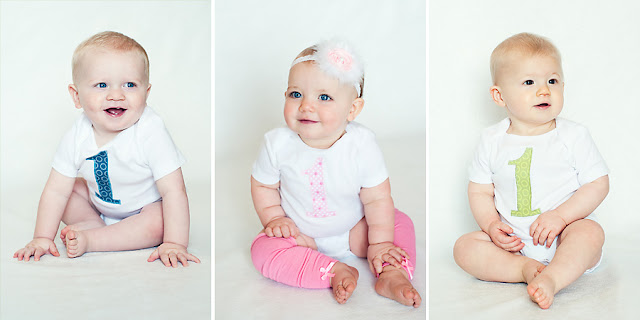 Ashlee ordered white 5 inch cakes from Macey’s bakery, and then she used a cookie cutter to outline the letter she wanted, and put the letter of their name on top in the color that matched their onsie. 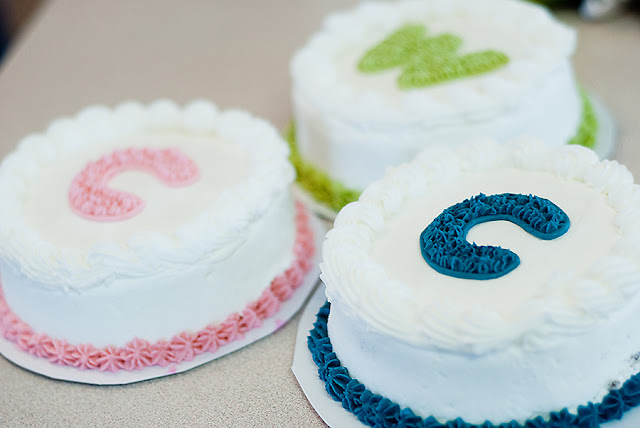 We had a long piece of white vinyl fabric from JoAnns that we used as the backdrop. It was just wide enough for the 3 of them to sit side by side.  We placed them right in front of sliding glass doors to get as much light as possible, so there is no extra lighting in this shoot. 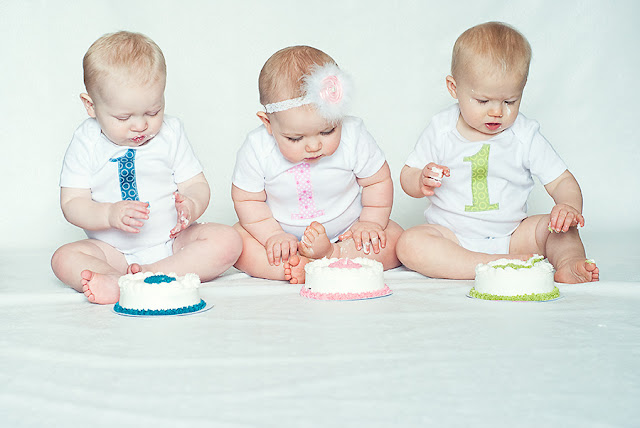 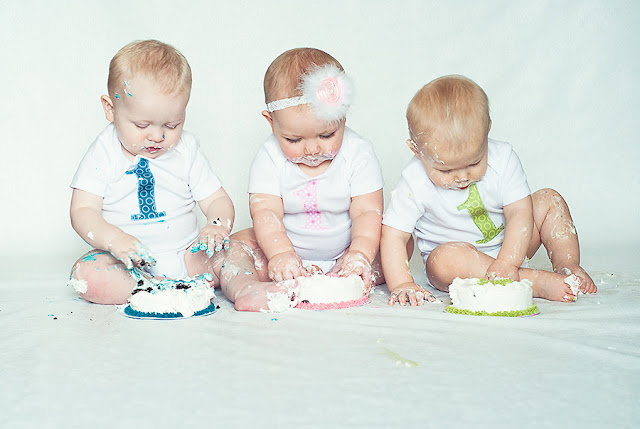 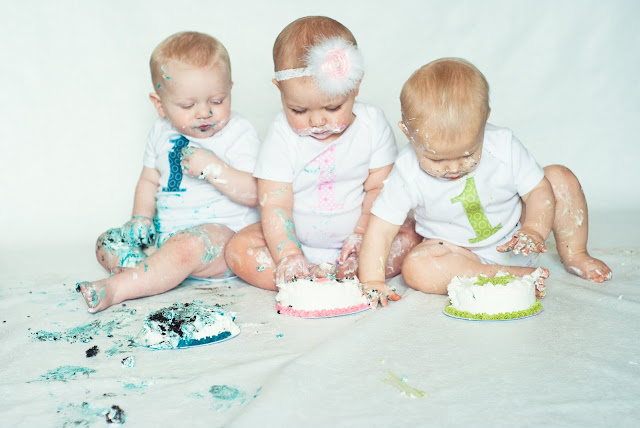 As you can imagine, all of the moms were laughing so hard and having a blast watching them dig in.. 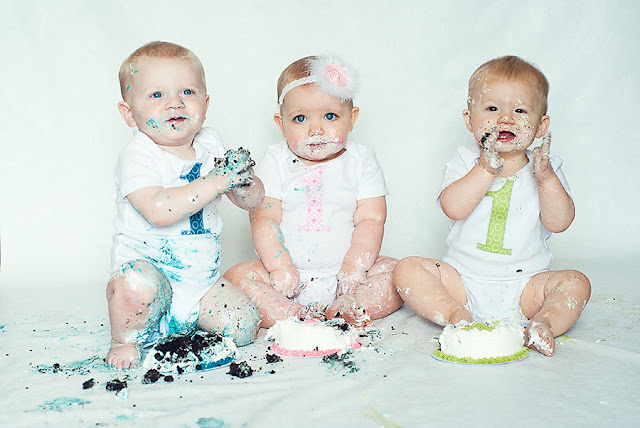 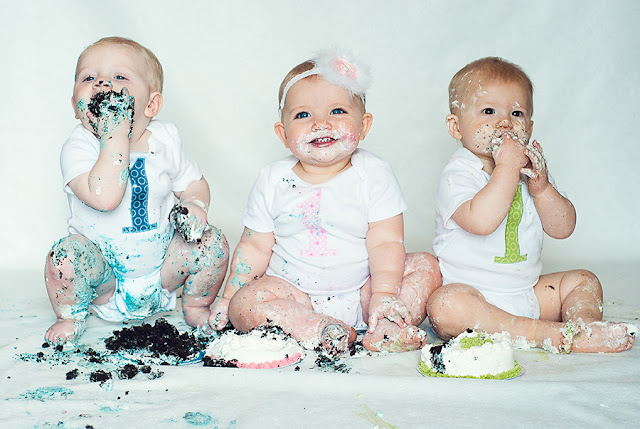 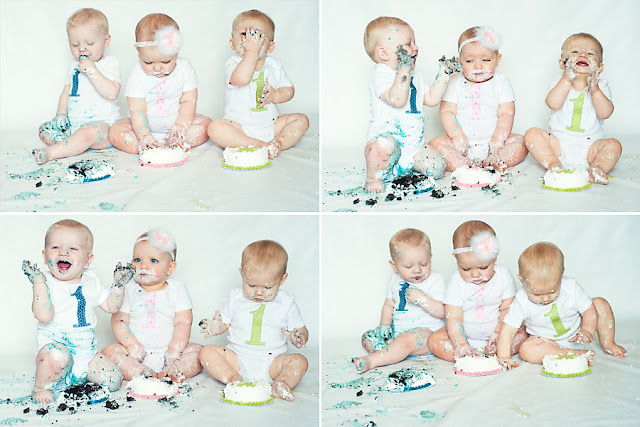 It was such an awesome and fun way to celebrate these 3 babies we love so much.
And of course… there was a fair amount of outtakes, where the moms had to jump in and keep the peace between babies and keep them all from walking/crawling away. 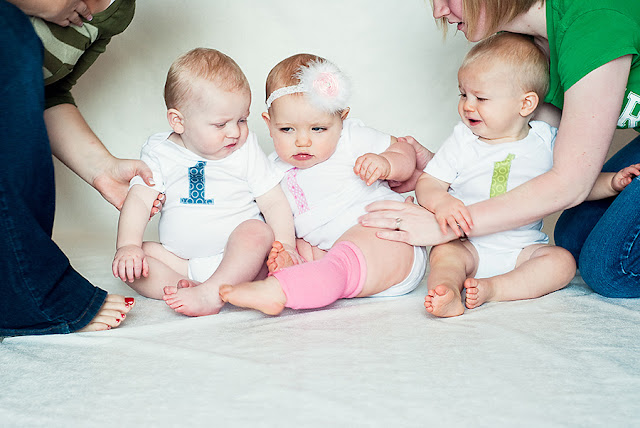 We had a blast doing this shoot, and the clean up wasn’t even too bad!
Give it a try!
2 Comments